Run Ridge Run, the first race of the season of the Coast Mountain Trail Series… and my very first ever trail race!!!

I think when I first started trail running infrequently back in November(ish), I loved  so much and just wanted to be part of something fun with the club so I signed up for the race, really not having a clue what I was getting myself into. I was so naive still.

I joined 10+ other members of the Abbotsford Trail Running Club and headed out to Port Moody for the early morning start of the race. It was barely above freezing as we huddled near the start line that morning. Ater weeks and weeks of snow and terrible weather for training, things had started to get better… but then the day before the race it snowed again fairly low down in the mountains resulting in snow on the course on race day and frigid temps! 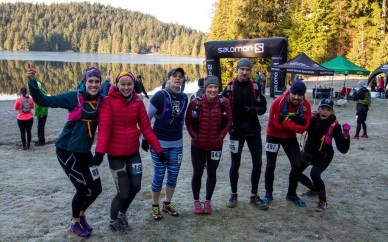 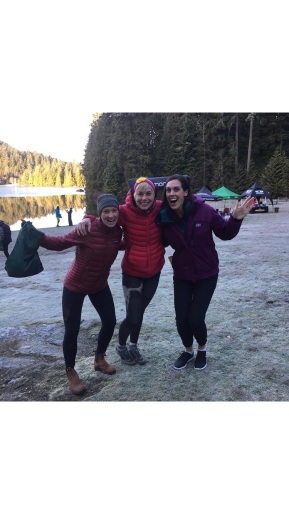 I was full of energy and excitement and maybe a little trepidation as I stood at the start line waiting to run… I hadn’t run more than 20K in a very long time, and never that far on the trails. People told me that a 25K trail race is equivalent to a road marathon in effort… I was about to find out! 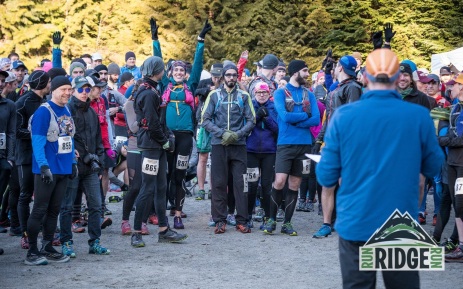 After crossing the starting line with a hundred plus other runners (not a big race)… we headed around Sasamat Lake for the first few km on a relatively flat, gently undulating trail, slightly wider than single track but not much more… runners gradually finding their place in the race. I was definitely not at the front but not near the back either…

We quickly started climbing about 500m up the Diez Vista trail that eventually opened up to a gorgeous view of the Indian Arm… I definitely stopped for a few minutes to take pictures. 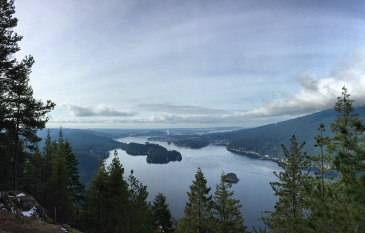 I’d set out planning to just fully enjoy my first trail race and not worry so much about time or pace… and I did just that!

I knew that my strength was not on the uphill and that I would lose quite a bit of time going up, so I’d planned to just fly downhill as I’m much better at that. However, going down from the first high point on the race, the trail was quite technical with a lot of roots and rocks… it was definitely the most technical section of trail I’d been on to date and the thin layer of snow and ice covering the trail and making the roots slippy like banana peels on the side walk, made the downhill section much slower than I’d anticipated!

Getting down to a lower elevation again, the snow disappeared and the trail was gorgeous with plenty of lush vegetation yet despite it being winter. It was a great distraction as I trudged up hills and jogged down them, sometimes feeling like I could hardly put one foot in front of the other. But I kept going… meeting a bunch of lovely souls along the trail that I talked with… 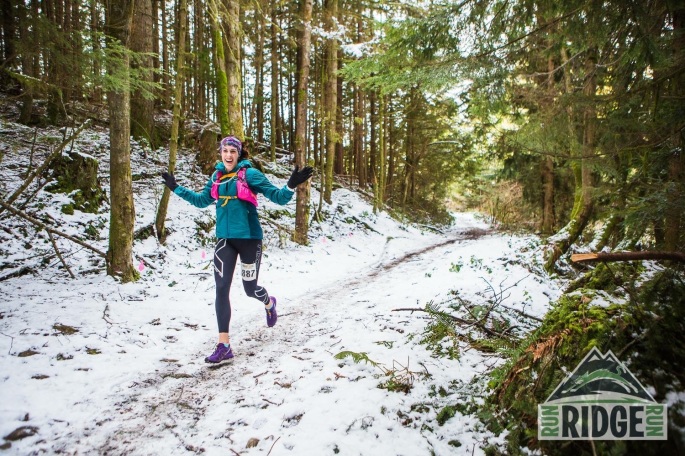 with only a couple km left to go (I thought I had more because I’m shit at math and my watch was set to miles so I miscalculated my distance and it was less than I thought) I found a little energy reserve and pushed on, managing to sprint-ish across the finish line!

The best part was a finish line high-5 and big hug from the wonderful Gary Robbins (trail running legend and race director of the Coast Mountain Trail Series). And then hugs from all my club mates!!! 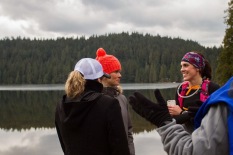 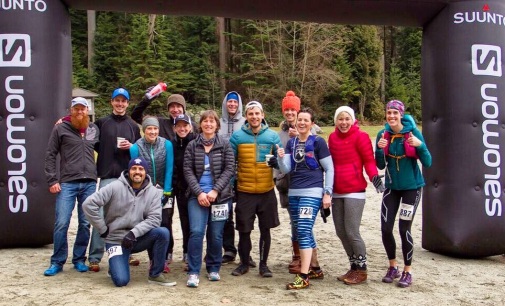 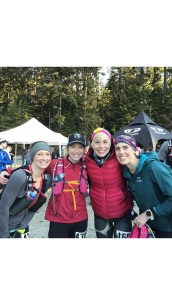 I had thought that just maybe I could finish in 3-3.5hrs (very unrealistic goal of someone who’d never run that far in the trails and was super inadequately trained) but ultimately told myself I’d be happy if I beat my Paris Marathon time, which I did! I finished in 4:16:31 and ultimately was super happy with the result even though it took so much longer than I’d anticipated.

I’d set out really just to enjoy the race with the club, to see what a trail race even would be like, and to learn as much as I could.

Most important lessons of the day.

1. Nutrition!!!!!! I was really completely clueless about nutrition yet at this point. I highly doubt I ate more than 200-300 cal in the whole 4+ hrs. I was bonking so badly on the 2nd half and it was probably mostly due to a lack of energy rather than a lack of fitness!

2. I seriously need to work on my uphill skills!!! Absolutely must do more long hill repeats!!!

3. I just need to do a whole lot more trail running with significant elevation gain and not nearly so much flat road running!!!

And that was my major take away from the day. That and how much I love the Abbotsford Trail Running Club. They’re just such an incredible group of individuals and I’m so inspired by them all!!! I would not have been here today running this race if it wasn’t for them… and I wouldn’t have the running goals and dreams that I do without them either!

We finished up the day at Yellow Dog Brewery for post run flights of beer and it was absolutely the best!!!! 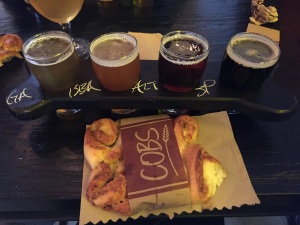 Very excited for my next trail race!!!! 5 Peaks Alice Lakes coming up next!

The next major event…